We have all heard the expression “the whole is greater than the sum of its parts”. The Chinka (HEP) Steel Team is no exception to this rule. Lead by the Principal Practitioner Chinka Steel, the Practice has been successfully operating in the Macedon Ranges for over 40 years. Chinka is assisted by a fantastic Legal Support Team. All staff are residents of the Macedon Ranges and all take an active interest in the local community. All of the Chinka (HEP) Steel Team conduct their work under the direct control and supervision of Chinka.

Chinka was admitted to Practice as a Barrister and Solicitor of the Supreme Court of Victoria on 15 August 1970.

For over 40 years Chinka has operated successfully as a Sole Practitioner in the Macedon Ranges after some initial years in the corporate sector.

After suffering a stroke in 2010, Chinka retains some mobility restrictions, however he has been well and truly back on deck for several years!

Chinka’s hobbies include playing Petanque and assisting community organisations, he is currently the Chairman of Windarring.

Elyse has been with the Chinka (HEP) Steel Team since mid 2008 when she undertook a work experience placement. 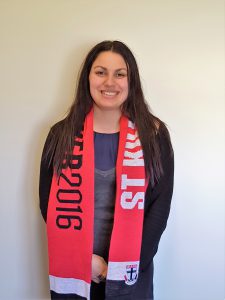 Elyse then commenced coming to the office after school each day to attend to various tasks. Elyse completed Year 12 in late 2010 and worked part time with the Team whilst she undertook her tertiary education.

Elyse was admitted to Practice as an Australian Legal Practitioner on 21 February 2018.  Given that she had already worked with the team for 10 years, she is an extremely experienced first year solicitor!

Elyse is an invaluable part of the Team and has come a long way since 2008! Elyse is responsible for the day to day management of the Firm’s Legal Aid Family Law and various other files.  She is also studying to become a Mediator.

Elyse barracks for St Kilda and spends her spare time going to the football!

Shireen is in her 11th year working with Chinka and has gained a great deal of skills during that time and is a vital member of the Team.

Under Chinka’s direction, Shireen’s focus is on private Family Law Property and Children’s matters where she has gained a wealth of knowledge.

Shireen is also very experienced with Estate matters and also assists with many other general items that arise from time to time.

Shireen is the mother of 3 boys and is constantly juggling their sporting commitments!

Joanne has been working with the Chinka (HEP) Steel Team for over 9 years and brought with her several years experience in the legal world and is a fundamental part of the Team.

Under Chinka’s direction, Joanne is the Senior Conveyancer for all standard and non standard conveyancing transactions including sale and purchase of real estate, adverse possession claims and subdivisions at which she has almost 18 years experience.

Joanne also puts her skills to use in a wide range of various other file types.

Joanne is the mother of 3 boys and is always cooking to keep them fed!

Kate commenced with the Chinka (HEP) Steel Team in January 2016 as the Firm’s Receptionist.  Kate comes from a service provision background and has experience working in a professional Team.

Kate’s learning capacity, professionalism and friendly personality have enabled her after 2.5 years to move out of the Reception role and into a Paralegal role. Kate primarily assists Chinka with such files as Wills, Powers of Attorney, Estates, Leases and the Sale and Purchase of Businesses. In January 2017 she commenced undertaking an Advanced Diploma of Legal Practice.

Kate is an avid book worm, recently married and along with her husband, they are undertaking their first home renovation.

You have Questions. We have Answers.

Why travel to the City when you can get great service and results locally, from a friendly, understanding & professional team!